As anyone who has read the posts about My Life knows, I’ve been a BIG fan of the space program for just about my entire life. In my very first post in the My Heroes volume of this blog, Inspiration, I included a video of the opening to Star Trek: Enterprise. You know, the one with all the wonderful sailing and NASA images. Even then, I was planning to write this one, not only as a tribute to the 40th anniversary of the 1st moon landing, but as a tribute to all of those who help make it possible.

But how does one pay proper tribute to all of the great men and women that have contributed to the fantastic successes of the U.S. space program? Somehow, a few photos and a video from the NASA archives just doesn’t do it justice. You know, I was too young to remember when the Soviet Union launched Sputnik, and I’m embarrassed to admit that I can barely recollect the assassination of JFK, but I remember his speech were he announced America’s mission to put a man on the moon! Even though my resources were limited, I read and watched everything I could find about rockets and space travel. For more about that, take a look at my Environmental Impact post. 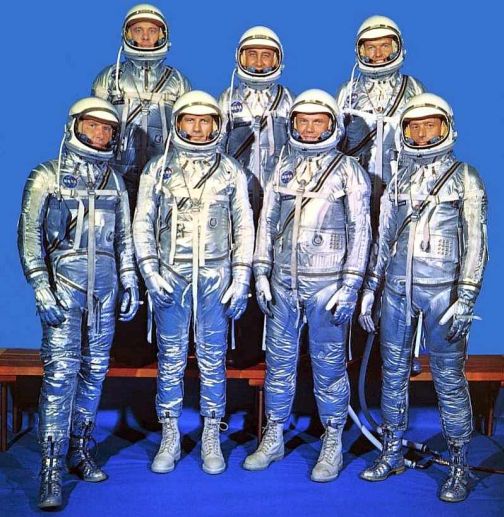 Tragically, the technology was not so perfect. The use of pure oxygen in the Apollo 1 Command Module proved to be a fatal flaw.

The Crew of Apollo 1. All three astronauts, Lt. Col. Virgil I. Grissom, a veteran of Mercury and Gemini missions; Lt. Col. Edward H. White, the astronaut who had performed the first United States extravehicular activity during the Gemini program; and Roger B. Chaffee, an astronaut preparing for his first space flight, died in a tragic accident while preparing for their mission.

The Apollo 8 crew from left to right: Command Module pilot James A. Lovell, Lunar Module pilot William A. Anders, and Mission Commander Frank Borman. Apollo 8 was the first mission to take humans to the Moon and back. An important prelude to actually landing on the Moon was testing the flight trajectory and operations for getting there and back. Apollo 8 did this and acheived many other firsts including the first manned mission launched on the Saturn V, first manned launch from NASA's new Moonport, and first live TV coverage of the lunar surface.

The crew of Apollo 8 were the first humans to see the Earth from deep space. 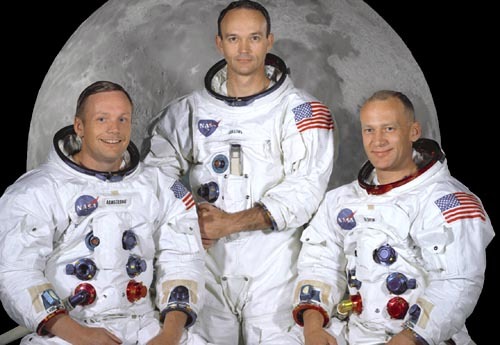 The Apollo 11 lunar module "Eagle" as it returned from the surface of the moon to dock with the command module "Columbia". Because of a computer overload problem, almost all of the fuel allocated for descent had been used on the way down. The ascent engine needed to get the astronauts off the moon had failed to ignite on 3 out of 6 tries with previous modules. It fired on this occasion, but only after Buzz Aldrin bypassed a broken firing fuse by jamming an ink pen into it. 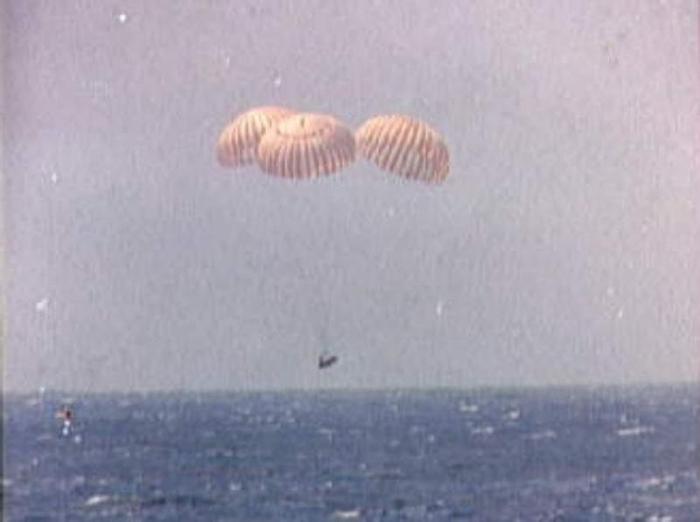 Once again, even on the heels of such fabulous success, space flight proved to be a very dangerous ambition.

The Crew of Apollo 13, Fred Haise, Jim Lovell, and Jack Swigert, safely on Earth after a near disaster when oxygen tank 2 exploded 55 hours into the mission. Using the lunar module as a lifeboat, the three men were able to return safely to the Earth. Amazingly, this was Jim Lovell's second trip to the moon without being able to land.

I’ll bet even these guys were surprised at how quickly the gleaming success can be doused by political expediency.

So it was on to different things, and a great new story of success. Until nature reminded us once again of the risks we dared. 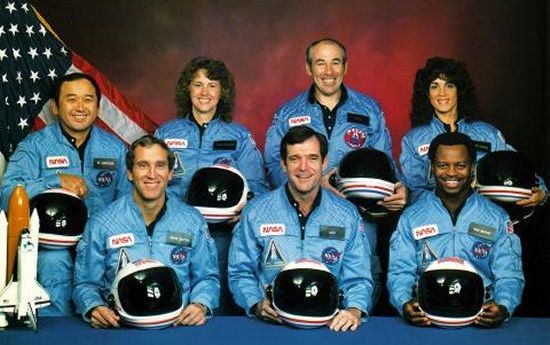 The crew of Challenger mission STS-51-L, El Onizuka, Mike Smith, Christa McAuliffe, Dick Scobee, Greg Jarvis, Ron McNair, and Judy Resnik, died tragically in the explosion of their spacecraft during the launch of STS-51-L from the Kennedy Space Center about 11:40 a.m., EST, on January 28, 1986. The explosion occurred 73 seconds into the flight as a result of a leak in one of two Solid Rocket Boosters that ignited the main liquid fuel tank.

The crew of Columbia mission STS-107, clockwise from top left, Mission Specialist David Brown, Pilot William McCool, Payload Commander Michael Anderson, Payload Specialist Ilan Ramon, Mission Specialist Laurel Clark, Commander Rick Husband, and Mission Specialist Kalpana Chawla. Columbia broke apart about 12 miles (20 km) over Texas as it headed for landing at the Kennedy Space Center. The cause of the accident was traced to a hole in one of the shuttle's wings, which was hit by a piece of falling foam insulation during launch 16 days earlier.

But all was certainly not lost. And even though the shuttle program is nearing the end of it’s life, cut short by cost overruns and the fear of further disasters, it still towers as one our greatest achievements. 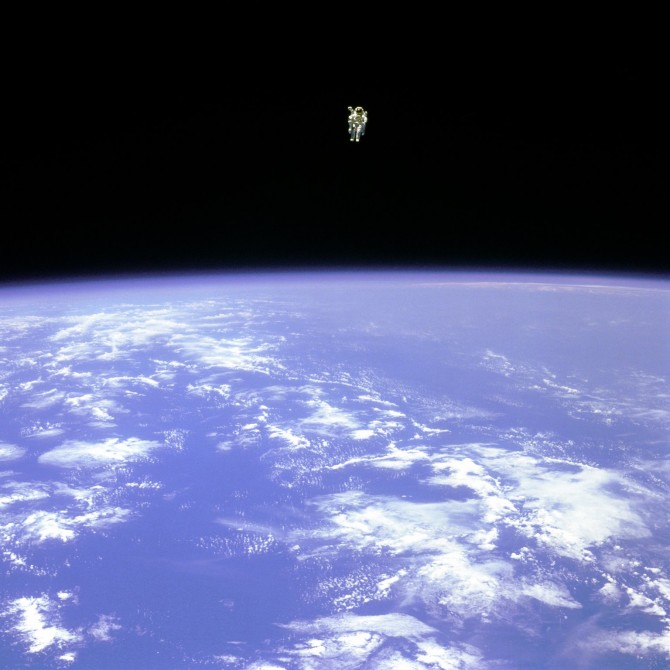 Now what kind of modern blogger would I be if I didn’t include some great videos to complete the story?

I’m sure that I’ve left out a lot of things, but the weight of this thing has already slowed my old hunk-o-junk to a crawl. Suffice it to say that I’m a ‘space head’ to the core. I am disillusioned, however, that we haven’t been back to the moon in all these years. And the International Space Station certainly isn’t living up to expectations. I thought we’d have been to Mars by now!

But the definition of ‘space head’ includes being a hopeless dreamer as well, and my fondest wish is that we’ll someday realize that it’s just not wise to keep all our eggs in this one basket. After all, space is a dangerous place – even when your ship is as big as the Earth. Besides, conquering the unconquerable is in our nature. I also think it’s good for the soul.

Just as I was gathering up the final materials for this post, I received an e-mail inviting me to read an article about Buzz Aldrin’s long struggle with depression after being one of the first two men to walk on surface of the moon. Talk about irony! The e-mail was from MyDepressionConnection and the article is called Forty Years Back from the Moon. I found it to be … fascinating.

If you liked this post, you might also enjoy Rocket Man!, Alpha!, Why A Space Program?, Recent Asteroid Discoveries Prove Need For Robust Space Program, and my tribute to Carl Sagan. Please feel free to comment.

22 thoughts on “The Final Frontier”

Follow I Want Ice Water! on WordPress.com
Join 896 other followers