Man, things are going well. Almost too well, I think (you know how I am).

Amazingly (for me at least), after allowing my health to deteriorate to yet another dangerous low, I’ve actually, over the last month, attended 3 separate appointments at the VA clinic and traveled to the Veterans Service Commission to reapply for their help in getting what’s left of my teeth yanked and dentures made – all completely on my own. Well, my oldest son did pay for the Uber rides to and from the first doctor’s appointment and I did have to borrow my youngest son’s (the one who lives with me) car in order to drive myself to the others, but (remember who I am again) I actually managed to overcome my fear of using that new-fangled car service in conjunction with a borrowed, new-fangled cell phone thingy, AND my fear of driving a car further than merely to the grocers again (without a license, mind you) AND spending all that time away from the cozy confines of my apartment out in the noisy, suspicious-looking-people-filled world outside – totally alone! WHEW!!!

On top of all that, my middle son (my Social Security check payee, who’s name all my bills and the lease for this apartment is in) finally renewed the lease on said apartment. Apparently, without him actually saying so specifically, he’d become concerned that, given my health, I might just drop dead during the term of the lease and leave him and his family stuck with a lease payout that they just couldn’t afford. Mind you, he wasn’t aware that I’d already made the first of those appointments to resume my health care while having the aforementioned thoughts I think he had had, and, apparently, hadn’t taken into account the vast hardship the $136 a month increase in my cost of living defaulting to a month-to-month lease would add to my already overburdened shoulders. So, as I’m sure you can imagine, I was quite relieved when he showed up yesterday to pick me up, a mere hour before the deadline, so we could go to leasing office to take care of it.

Okay, remembering who I am once again, it should come as no surprise to you that all this “success” has left me just a little bit suspicious. You know, there just has to be something really scary lurking, somehow, just below my awareness…

As I’m rarely up late enough these days to watch Saturday Night Live, I really must thank the people at HuffPost for posting that awesome video on their website. And, while I could’ve looked upon that as just another addition to a growing list of suspiciously fortuitous events, I have chosen instead to “look on the bright side” as you “normal” people say. First, after thoroughly enjoying the almost coma-like good night’s sleep I finally had last night, I went on to spend the first part of my day watching some positive, humorous, even heart-warming, shows stored on my DVR from last night – specifically, The Big Bang Theory, Me, Myself & I, Scorpion, and The Good Doctor. And I’m even going to close with this beautiful song they during last night’s episode of The Good Doctor:

Perhaps, considering it’s me after all, I shouldn’t have been surprised to learn that The Head and the Heart weren’t the first people to record “Down in the Valley” Just click the link if you want to know more. You can even pick among those other versions using these YouTube search results.

And oh by the way, if you, like me, were a really big fan of House M.D., then you absolutely should check out The Good Doctor. It was also developed by “House” creator David Shore, and features yet another amazing doctor with very interesting character issues.

For now, before I get too giddy from having completed this post, I’ll just go back to being merely so happy that I’m shaking in my boots, er, house slippers. And dammit… 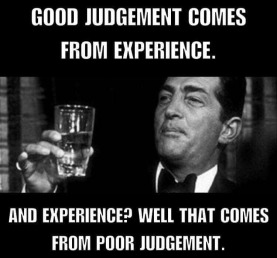 2 thoughts on “Back In The Saddle Again?”

Follow I Want Ice Water! on WordPress.com
Join 896 other subscribers