We all have memories we’d rather not dwell on. Memories of decisions we’ve made that have haunted us ever since. For example, the quote in the following image that I included in my previous post… 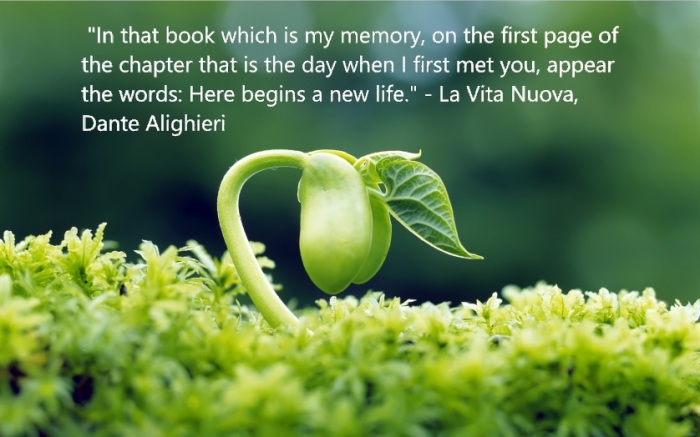 …was read aloud at the end of the “Latent Image” episode of Star Trek: Voyager I saw (as a rerun of course) the other night. In that episode, the holographic doctor (Emergency Medical Hologram – EMH for short) discovered that a block of his memories had been deleted after he began behaving erratically following a situation where he’d had to choose between two crew members to operate on – crew members whose devastating injuries were both exactly alike and equally life threatening, making the usual triage “devote your efforts to the one most likely to survive” choice meaningless – which essentially meant that choosing the one guaranteed the other would die. His “psychological” problems, apparently, arose from the fact that, given the captain’s decision to allow the EMH to expand its programming to become “more human,” a decision that would’ve normally been made with cold, electronic detachment turned into a choice to allow someone to die – which was in direct conflict with his pre-programmed “do no harm” medical ethic.

Ultimately, the captain ordered the doctor’s memories to be restored so he could learn to live with them in accord with the original decision to allow him to be “more human,” no doubt leaving both him, and her, with a hell of a lot to think about.

In another example, I just watched a rerun a Law & Order’s “Challenged” episode, which investigated the murder of a man by his brother who feared the ramifications of his brother’s attempt to reunite the family with a another brother who’d been institutionalized, and essentially forgotten, way back in the 1960s because he was severely retarded (or, as we say today, “learning disabled”). All except the very youngest members of that family had been haunted and guilt-ridden for all the years since that fateful decision – one urged upon them by so many of their well meaning friends and family – and that decision finally came home to roost in a most horrible fashion.

In my own life, I can recall many decisions that I’ve made that have since haunted me. One of them was my decision, in elementary school, to punch my best friend in the stomach because he, as a safety guard, was attempting to prevent myself and some boys I desperately hoped would become my friends from leaving school in solidarity with the racial protests going on at the time. You see, my friend at the gate was white and, although everyone kept mistaking me for white, I was not, and those other boys were from the all Black neighborhood were I lived – the one I was so desperate to be seen as a part of. In hindsight, I can’t believe I could’ve been so easily led to hurt a really good friend for people who were never going to accept me no matter what I did.

Another memory I’m haunted by is the time, in my early 20s, I stopped taking calls from another best friend because of our differences surrounding the writings of Ayn Rand. You see, in the last of our arguments he had revealed to me that he’d never actually read the copy of Atlas Shrugged I’d left with him and had simply been going on the “that’s not for Black people” advice he’d received from his Nation of Islam advisor. I was so pissed of at him for what seemed to me a huge slap in the face that I’d stayed away from him and stopped taking his calls for months. I was devastated when I learned, later, that he’d hung himself without even leaving a note. Suffice it to say that I am haunted by what might have been.

Yeah, we all have memories and thoughts we’d rather not dwell on. And I think we all wonder how things might have been different had we, or others, made different choices. For myself, I often wonder at the choices my parents faced, having to raise a boy that everyone round them looked upon as a freak. And I wonder as well if living through that life, and their decisions, played a role in the decisions I myself made later.

Of course, this is the reason we humans invented talk therapy. And having someone to talk to is also the reason we need friends and family in the first place. That is, if we can ever bring ourselves to trust. Hell, I can’t even decide if I should be trusted.

Of course, we could just continue burying all the crappy thoughts and go back to pounding out those all-important Tweets and Facebook postings…

Seems to me
Talk all night, here comes the mornin’
Seems to me
You just forget what we said
And greet the day

Lyrics from “Walk Away” by The James Gang

Yeah, let’s do that.