Not for the first time in my life, I look out upon a nation filled with people who believe that our democratic system has failed us, big time, in the most recent presidential election. But can we really say that it did, even assuming the vote was fairly counted? No, but I think that determining the legitimacy of an election based on a fair counting of numbers is rather missing the point.

If a fair counting of votes were all that it took to ensure that an election outcome was truly in the best interests of the nation, then why do so many people believe our country is spiraling down the same tube that has swallowed up so many of the supposed “great” nation-states of the past? If a system where every citizen got an equal vote, again, assuming a fair count, on important matters was all it took to make sure a nation was headed in the “right” direction, then why have the attempts, by the so-called “free and democratic” nations of the west, to introduce such systems to places like Iraq and Afghanistan failed so badly?

Now, I know that asking such a question, of my readers at least, will no doubt result in the same answers I came up with: a people who’s conscience is controlled by traditional thinking, rather than well-reasoned, fact-based analysis, simply aren’t equipped to make choices that are in their long-term best interests. In fact, and as hard as it is for someone like me to say, the only kind of “stability” people who think that way have ever known is that which was imposed on them by tyrants and dictators. In other words, removing the “bad guys” from power was destined from the start to just make matters worse.

The truth is that, even in a country as “advanced” as our own, we all too quickly try to answer such questions using a reasoning process that’s every bit as “primitive” as that used by those we look down upon: rather than considering what is truly in our country’s long-term best interests, we, based on our on individual fears and prejudices, simply choose to align ourselves with whatever political faction (i.e., “tribe”) with proposals that seem to meet our own range-of-the-immediate-moment needs.

Okay, this is getting a bit long-winded (in direct violation of the point I’m trying to make), so I’ll try to get down to it a little more quickly: in our attempts to figure out why democracy seems so broken, we consistently ignore what has to be the best principle for thought self-regulation humanity has ever devised: 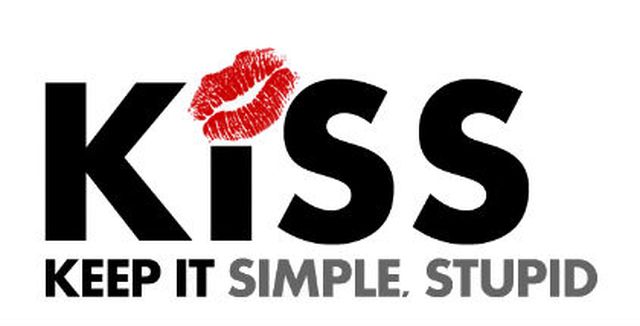 Now, applying that principle, let’s assume that those were your important life choices on the ballot. Who you should love, for example. Now tell me, just who the hell would you consider “qualified” to cast a vote?

Consider the following video that I found on the Open Culture site:

Now I ask you, how many of the elections that you’ve witnessed in your lifetime have produced results appearing to have arisen from the efforts of a “highly skilled” electorate? None, in my opinion. Even when I found the results acceptable, I couldn’t honestly attribute those results to anything more that mere dumb luck. I don’t know about you, but when I honestly assess my own skills at making such monumental decisions, I’m having a hard time blaming election results I don’t like on anything but the ignorance and laziness (including my own) of “we the people.” Hell, I can’t even blame those who took, and are still taking, advantage of the opportunities our ignorance and laziness have provided them. After all, this is the land of opportunity, isn’t it?

I maintain my belief that democracy is the best system ever devised for freeing mankind to achieve its potential to become the wise and peaceful beings we all claim to be deep down. So, perhaps asking if our democracy has failed us is looking at the problem from the wrong end. Maybe we should be asking ourselves, instead, if is we who have failed our democracy…

More from the Major Rants volume

8 thoughts on “Has Democracy Failed Us?”