Having been diagnosed with several of these disorders myself, as well as having been born into a family with a long history of (mostly undiagnosed) mental illness, this is, unfortunately, a subject with which I am all too familiar. It is my hope that efforts such as this will help open the eyes of those who just can’t seem to understand…

What if mental illness was caused by supernatural creatures that roam the world taunting their victims? Illustrator Toby Allen’s new series of drawings, called The Real Monsters, imagines such a place and puts a friendly face on what are often serious and debilitating conditions. Why create such a different series?

“The artwork is not at all intended to make light of these conditions,” says Toby, “but instead is intended to give these intangible mental illnesses some substance and make them appear more beatable as physical entities.”

His works have already racked up a large number of fans on Tumblr, showing that there are many who appreciate a whimsical take on mental illnesses from social anxiety and depression, to schizophrenia and borderline personality disorder. For the many sufferers of these conditions, it’s a welcome thought that these are demons easily slayed… you just have to know what you’re looking for.

To see the rest of the series, head to Allen’s Tumblr, where he’s promised to include more in the near future. 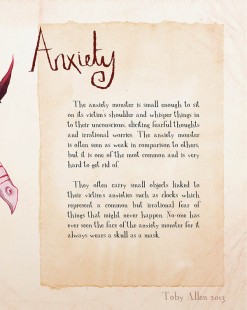 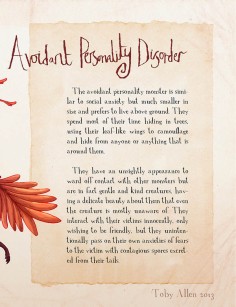 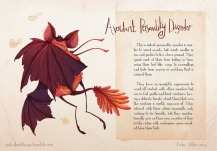 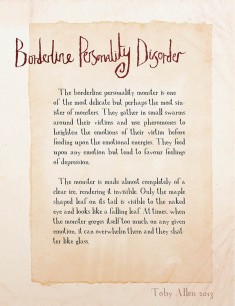 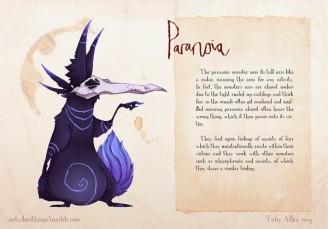 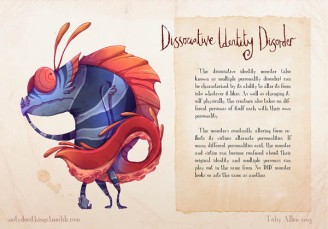 Reblogged from The Monster of Mental Illness Illustrated as… Monsters! on Visual News

More at ZestyDoesThings on Tumblr

More from the Visual Treats volume

6 thoughts on “The Monster of Mental Illness – Illustrated!”