No, that title isn’t a typo. And this isn’t the “Khan” I mean either: 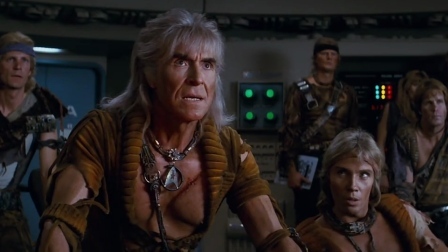 No, I’m talking about this guy:

The amazing Salman Khan, founder of the Khan Academy, a non-profit educational website he created in 2006 with the stated mission to provide “a free world-class education for anyone anywhere.” And better still, Khan Academy lessons cover a lot more than just math!

I first learned of Sal Khan and his academy during an interview he gave on Charlie Rose back in February, and, as you might expect from someone who loved learning but hated school so much that he ditched it daily in favor of spending time amongst the wonders at the public library, my immediate thought was “Where the hell was this guy when I was a kid?!?!”

Well I saw Sal Khan again last night, this time on 60 Minutes. With a library of over 4300 videos (and counting), over 260 million lessons delivered (and counting), the backing organizations like the Bill & Melinda Gates Foundation and Google, and with his organization having achieved $1.826 million in revenue and $1.623 million in assets for the year 2010, Sal Khan and the Khan Academy is poised upon the threshold of what could be genuine revolution in how education is done in the the U.S., if not the entire world!

Here is the full 60 Minutes interview:

Visit the amazing Khan Academy yourself for more…

More from the My Heroes volume