Land of the free? Home of the brave? Not quite…

On the morning of September 4, 1957, fifteen-year-old Dorothy Counts set out on a harrowing path toward Harding High, where-as the first African American to attend the all-white school – she was greeted by a jeering swarm of boys who spat, threw trash, and yelled epithets at her as she entered the building.

Charlotte Observer photographer Don Sturkey captured the ugly incident on film, and in the days that followed, the searing image appeared not just in the local paper but in newspapers around the world.

People everywhere were transfixed by the girl in the photograph who stood tall, her five-foot-ten-inch frame towering nobly above the mob that trailed her. There, in black and white, was evidence of the brutality of racism, a sinister force that had led children to torment another child while adults stood by. While the images display a lot of evils: prejudice, ignorance, racism, sexism, inequality, it also captures true strength, determination, courage and inspiration.

Here she is, age 70, still absolutely elegant and poised: 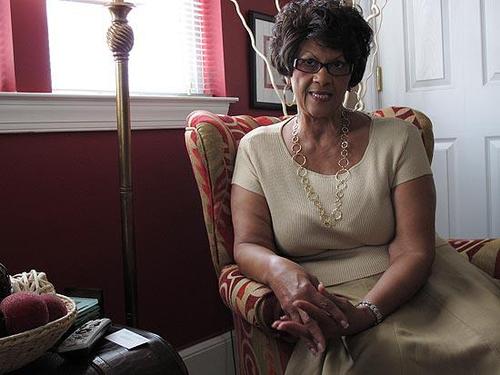 Reblogged from Son, you know I’d help you hide the body

But there are exceptions…

More from the Tolerance… Not! volume